Physics. Give Your Boom Some Bounce.

Weapons. Be A Big Shot.

See the Universe. But remember, it's looking at you, too.

Turn-Based Tactical Side Scrolling Shoot 'em up - In Development.

An ultra-modern tactical UI, an 80’s arcade shooter theme, a sprinkle of physics and gravity bending, some classic shooter inspiration, a dark plot, some mild RPG-like progression, and you’ve got a tactical 2D shooter like no other. It’s about tactics, not reflex. Your move.

Initially for Windows, Mac and Linux, followed by Tablet (iOS and Android).

A ship severely damaged and broken on the surface of a strange and hostile planet. Laying in the fallen wreckage of the orbital facility that built it. A stolen, injured and untrained pilot. Limited means of repair. We’re well out of warranty here.

Tenacious class fighters were never intended to fly solo. But this particular ship was never supposed to fly at all. It was the last pre-production test unit before the facility was due to start churning out thousands of fully specified ships. Things go... somewhat awry. They’re not getting better any time soon.

It’s time to get fixed, get flying, get shooting, and get even. Adopt new skills and tactics as the ship repairs, enemies diversify and the plot unfolds. Face a battle of wills within your own ship as you try to please and appease the ship's three personality AI systems. Make choices no-one should have to make on your brutal journey across the universe to... well, that would be telling, wouldn't it?

Don’t just make your mark on the universe - blow a hole in it!

Read more about MTS at GSL14!

Read more about MTS at Rezzed! 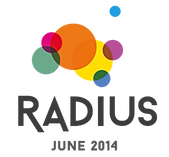 Read more about MTS at Radius!